On November 17, 2020, Canada’s Minister of Innovation, Science and Industry introduced the proposed Digital Charter Implementation Act (DCIA or “Act”), new legislation from the Liberal Party of Canada that could dramatically alter how the country regulates consumer data.[1] The Act, which will likely extend to businesses outside of Canada, aims to “significantly increase protections to Canadians’ personal information” and “provide significant new consequences for non-compliance with the law.”[2] The DCIA grants consumers powerful consent rules, including the ability to withdraw consent, control over the transfer of their information to third parties, algorithmic transparency rights and data de-identification safeguards.[3] Penalties for noncompliance are substantial and can reach as high as 5% of a company’s revenue or C$25 million, whichever is greater.[4]…
END_OF_DOCUMENT_TOKEN_TO_BE_REPLACED

The Schrems II decision, issued on July 16, 2020, continues to impact the ability of organizations to transfer personal data from the European Economic Area to the United States. The effects of the decision are now felt in Switzerland as the Federal Data Protection and Information Commissioner (FDPIC) addressed the issue on September 8, 2020. The FDPIC determined that the Swiss-U.S. Privacy Shield, which is separate and distinct from the EU-U.S. Privacy Shield and was not directly addressed by the Schrems II decision, nonetheless fails to provide an adequate level of protection for personal data transferred from Switzerland to the United States.[1] The Swiss-U.S. Privacy Shield Framework was designed by the U.S. Department of Commerce and Swiss administration to provide organizations with a mechanism to comply with data protection requirements when transferring personal data from Switzerland to the U.S.[2] …
END_OF_DOCUMENT_TOKEN_TO_BE_REPLACED 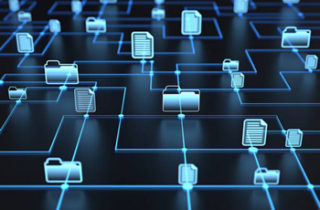 Justice Didier Reynders, the EU Commissioner for Justice, stated that conversations with U.S. counterparts (most likely the Department of Commerce) on a possible new data transfer framework have started, but that it is impossible to predict or provide a clear timeline.[2] The European Commission is currently working on an amended set of standard contractual clauses (SCCs) that will address the concerns of the Schrems II decision and incorporate the General Data Protection Regulation (GDPR).[3] …
END_OF_DOCUMENT_TOKEN_TO_BE_REPLACED

On September 4, 2020, the European Data Protection Board (EDPB) announced that it had created two task forces following the Schrems II decision.[1] The first task force will prepare recommendations to support controllers and processors regarding their duties in “identifying and implementing” appropriate measures to meet the required standard when transferring data to third countries.[2] The EDPB noted that there will be no quick-fix solution, and that each organization will be required to evaluate its own data processing operations and transfers.
END_OF_DOCUMENT_TOKEN_TO_BE_REPLACED On September 7, 2020, the European Data Protection Board (EDPB) issued draft guidelines clarifying the concepts of “controller,” “joint controller,” “processor” and “third party” under the General Data Protection Regulation (GDPR). These concepts are important under the GDPR, as they determine which party is responsible for compliance with particular GDPR provisions and how data subjects can exercise their rights. The guidelines, when finalized, will replace the previous Article 29 Working Party Opinion issued in 2010.[1] The concepts of “controller” and “processor” have not changed since the Article 29 Working Party Opinion, but the Court of Justice of the European Union’s (CJEU) decision and the obligations placed on these roles by the GDPR provided a need for clarification and harmonization across the European Economic Area (EEA).[2] The guidelines provide clarity to the different roles and responsibilities, and stress the importance of a clear and consistent interpretation of the concepts across the EEA. The following is a summary of some of the significant takeaways:…
END_OF_DOCUMENT_TOKEN_TO_BE_REPLACED

The U.S. Department of Commerce and the European Commission announced that they have initiated discussions to determine the potential for “an enhanced EU-U.S. Privacy Shield” that would comply with the Schrems II decision. Both parties recognize the “vital importance of data protection and the significance of cross-border data transfer to our citizens and economies,” and reiterate a commitment to privacy and the rule of law, as well as the longstanding collaboration between the EU and the U.S.
END_OF_DOCUMENT_TOKEN_TO_BE_REPLACED The General Data Protection Regulation (GDPR), Europe’s restrictive data protection law, permits the transfer of personal data from the European Economic Area1 (EEA) to other countries only under limited circumstances. On July 16, 2020, the Court of Justice of the European Union (CJEU or Court) issued a highly anticipated decision in a case brought by Maximillian Schrems, an Austrian privacy advocate, who challenged Facebook Ireland’s reliance on standard contractual clauses (SCCs) as a legal basis for transferring his personal data to Facebook, Inc. in the United States (U.S.). The Court’s decision has two significant results:…
END_OF_DOCUMENT_TOKEN_TO_BE_REPLACED